New work permit regulations have been published which when enacted will "reform and modernise Ireland's employment permits system" as part of a Government plan to make Ireland the top global location for Information and Communications Technology (ICT) skills and  the internet capital of Europe, it was announced in a press statement today,

On water charges and decisions
16 Apr 2014; posted by editor - Editorial

Tanaiste Eamon Gilmore's comments on the recent media coverage of water charges shows an intransigence of thinking that reveals a cynical disregard for the true values of democracy.

So just what IS happening?
08 Apr 2014; posted by editor - International

Austerity.
Why would anyone charged with running a nation consider enforcing austerity onto their electorate? Why would such people elevate the importance and worth of an intangible tool such as money above the welfare and worth of individuals?

Such questions deserve serious contemplation. But to reach any perspective of insight into enforced austerity I believe it necessary to think completely out of the box.

A story made headlines this week that referenced a US cinema screening a trailer for Nymphomaniac ahead of the Disney film, Frozen. "Red-faced moms and dads raced for the exits, and the Regal Cinemas theater fired its projectionist..." reported The New York Daily News.

Gerry Adams has been asked to question the Taoiseach in the Dail as to why the senior Council in the Stardust blaze case found a prima facie case but the government has failed to hold a further inquiry.

Families of those who died in the 1982 Dublin Stardust blaze say they have been forced to beg for the payment of fees to cover professional input into the Coffey report which they say was promised by the government.

Limerick as City of Culture and the darker scenes behind the veil
01 Mar 2014; posted by editor - Editorial 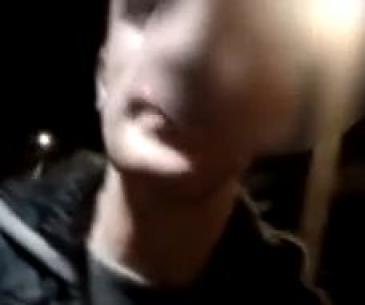 Limerick is currently enjoying the status of being Ireland's first City of Culture. Yet there are aspects of social life in the city that could do with a sharp pull up of socks.