Fluoride Free Towns, a national campaign group has called on the Minister for Health to sanction a moratorium on the State's Community Water Fluoridation policy pending investigations by both the FSAI's (Food Safety Authority of Ireland) Scientific Committee and the Cabinet of the European Commissioner for Health and Food Safety into the issue of fluoridation induced birth defects. 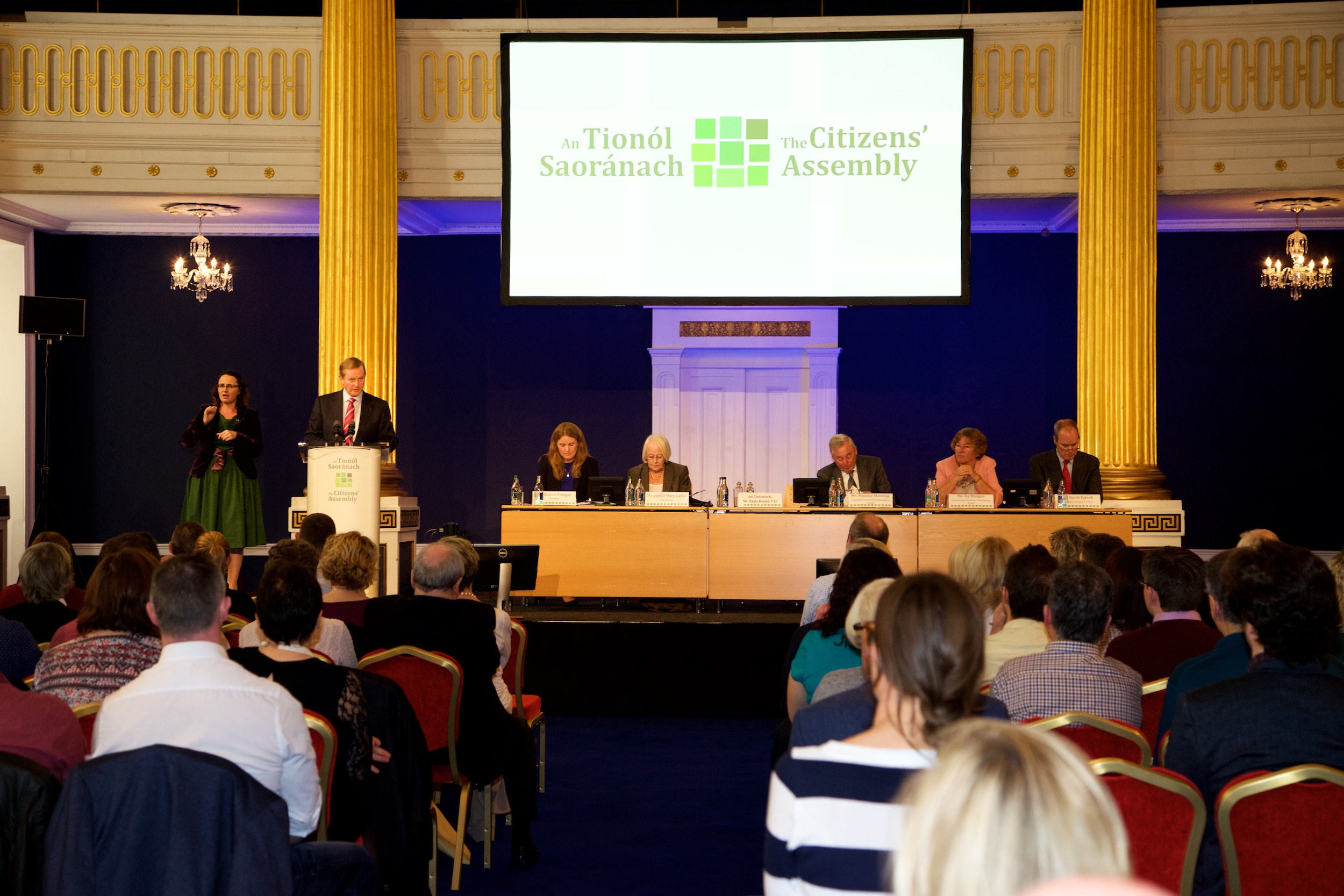 Dublin Saturday, 15th October 2016
The Citizens' Assembly (the Assembly) met for the first time at Dublin Castle on Saturday 15 October. The Assembly is a body made up of the Chairperson, Ms. Justice Mary Laffoy, and 99 citizens randomly selected to be broadly representative of the Irish electorate, with a mandate to look at a number of key issues.

Open House Dublin is a unique event presented by the Irish Architecture Foundation and each year features over 100 buildings ranging from domestic to Government which are not normally accessible to the general public.

Over 12.5 million individual records of birth, deaths and marriages dating back to 1864 have now been added to the online Irish genealogical database at www.irishgenealogy.ie.

A Letter to Ireland from World Beyond War
27 Jul 2016; posted by editor - International

Despite Ireland's officially neutral status and its claim to have not gone to war since its founding in 1922, Ireland allowed the United States to use Shannon Airport during the Gulf War and, as part of the so-called coalition of the willing, during the wars that began in 2001.

Up to 180 Jobs for Irish Linguists in EU Translation Service
09 Jun 2016; posted by editor - General

Up to 180 jobs for Irish language speakers are expected to become available in the EU institutions in Brussels and Luxemburg between now and the end of 2021. A recruitment campaign for the first 62 Translator positions has just been launched.

The constitutional status of water fluoridation in Ireland had been called into question and challenged in a letter written to key Government and health officals by Owen Boyden, Director of the The National Fluoride Free Towns Project.

The European Personnel Selection Office (EPSO) has announced two competitions to recruit Irish language speakers for positions in the European Union's institutions in Brussels and Luxembourg.

A group calling itself the Anti Eviction Task Force today staged a protest at Limerick Court where 170 home evictions were planned.

More than 6,500 compensation claims which were submitted to the Property Losses (Ireland) Committee in the aftermath of the 1916 Easter Rising have been digitised by the National Archives and published on a new website, launched today by Minister for Arts, Heritage and the Gaeltacht, Heather Humphreys.

Police and doctors’ body allowed convicted paedophile access to vulnerable children
A remarkable new study published today by Spinwatch with significant new information, has implications for the UK Goddard Inquiry into child sexual abuse. The study shows that during the 1970s, the General Medical Council in Britain, the RUC and British Metropolitan Police withheld from the public important information about Morris Fraser, a Belfast psychiatric doctor who was a serial paedophile.

As part of the Ireland 2016 Centenary Programme, synchronised wreath-laying ceremonies will be held at a number of locations across the State at 1.15pm on Easter Monday, 28 March 2016 to commemorate all those who gave their lives in the Easter 1916 Rising, in the cause of Irish Freedom. These include seven events across Dublin City and four regional events. These regional events will take place in Asbourne, Athenry, Cork and Enniscorthy.

Ireland MEP Deirdre Clune has said the current migrant crisis is the biggest threat to Europe since World War 2 and needs an immediate and comprehensive response from EU member state governments. She called on EU leaders, meeting in Brussels today, to implement a raft of previously agreed actions to tackle and deal with the migrant crisis.

A total of 116 candidates have committed to restoring Ireland's neutrality in response to a Peace Pledge drafted by the main peace and anti-war groups in Ireland. These candidates have said they will only support or join a Government that is prepared to end the US military use of Shannon Airport.

Peace and Neutrality Alliance Shannonwatch members are to hold their monthly vigil at the Shannon Airport roundabout this Sunday, 10 January.